The Silent Threat of Interconnectivity

The adoption of digital technology to transform services or businesses – better known by the phrase digital transformation – has risen to the top of airport agendas. An unexpected side-effect of the pandemic has been the acceleration of the digital transformation process. Concerningly though, the increase in connectivity brings with it an increase in the risk of cyberattacks as Genetec's Cheryl Stewart, Industry & Application Marketing Analyst and Giovanni Taccori, Commercial Lead Airport APAC explain.

According to a recent survey done by Genetec across 1500 physical security professionals, 67% responded that cybersecurity is going to be a priority in 2021 and beyond. The remaining 33% struggle to balance allocating resources to focus on cybersecurity or other security risks associated with their complex operational environment.

As systems and hardware continue to become increasingly interconnected, we inadvertently open ourselves to new risks and vulnerabilities from cyber threats. The World Economic Forum predicts that digital transformation will hit $100 trillion in value globally by 2025. Consequently, they also expect that the potential costs could go up to $90 trillion in net economic impact by 2030 if cybersecurity efforts do not keep up with the growing interconnectedness of people, data, and assets.

So, how can organizations find that balance between digitization, connectivity, and cybersecurity?

Over the past years, digital transformation has accelerated in airports, especially in passenger-facing services such as check-in kiosks, bag-drop, and self-boarding passes. However, improvements to back-end systems such as IT and security systems lag behind. Leaving back-end systems to age hinders the potential enhancements to airport operations in the long run. Moreover, outdated systems often get pushed to their limits by digitization. This increased load makes them more vulnerable to attack as resources are stretched thin.

Based on a recent study by cybersecurity firm Immuniweb, 97 out of the top 100 largest airports in the world failed basic security checks made to test the strength of their security system. According to another study conducted by the European Aviation Security Agency (EASA), an average of 1000 cyber-attacks occur each month in airports. These are indeed concerning numbers as airports are increasingly exposed to such breaches as they move into this digital age where the majority of systems and hardware within organizations are interconnected.

So, the question is, what can airports do to harden their cybersecurity infrastructure to prevent such breaches from tarnishing their reputation and affecting their bottom line? And since removing digital transformation from the equation is not a viable option, what are some key tips for airports to improve their cybersecurity position?

As systems and environments continue to evolve, so should the approach towards new risks and vulnerabilities. Adopting a holistic approach towards cybersecurity and physical resilience should be the new framework moving forward. Do not let the silent threat of interconnectivity take control of your security environment. 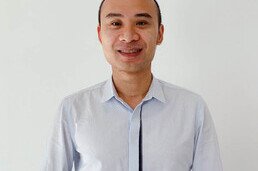 Aviation Security Blueprint in the Making 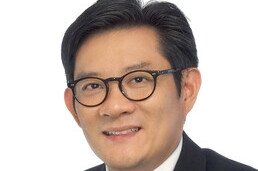 Post-COVID Air Travel Recovery Can Be Led By Checkpoint Transformation