GMR Hyderabad International Airport on 23rd March 2022 celebrated its 14th Anniversary, making it one of the landmarks in the Indian aviation industry. The Hyderabad Airport was the first Greenfield airport that was built under Public- Private Partnership (PPP) model in the country. The Airport was commissioned in a record time of 31 months.  It initiated growth in trade and tourism, created economic drive in the region and generated lot of business opportunities across India. The airport spurned the growth of the city infrastructure, improved the quality of life, and unleashed the untapped potential of the city.

Initially designed for 12 million Passengers Per Annum (MPPA), the airport has grown in serving more than 21 million every year. With 6.2 MPPA in FY 09, the airport recorded 21.6 MPPA in FY20 with a pre-Covid 5-year CAGR of 15%. Over the years, the airport saw an increased number of flights and destinations across domestic and international sectors. The airport recorded air traffic movement (ATM) of more than 81 thousand in FY 09 which gradually increased to around 1,84000 ATMs in FY 20. In FY09 the airport was connected to over 36 destinations (Domestic & International) which increased to 88 destinations (domestic and international) till date. As one of the fastest airport in India, the futuristic growth for the Hyderabad International Airport continues. To meet the rising demand of passenger traffic, the airport has embarked on a phase- wise expansion. The first phase of the expanded airport has a passenger capacity of 34 MPPA and will go operational shortly.

The gains of the booming economy were not limited to aero commercial alone. Air cargo volume in India also rose over the years. Looking back, GMR Hyderabad Cargo (GHAC) started with an initial handling capacity of 1,50,000 metric tonnes (MT) per annum. In the year FY 09, the total cargo volume handled was 56,700 MT. GMR Hyderabad Air Cargo continued to improve year on year cargo volumes and in the year 2021 it reached a total cargo volume of 1,12,744 MT. Hyderabad is known as the pharma hub of India. Keeping pace with the rising global demand of pharmaceutical products, GHAC has seen large volume of exports of pharma products. The pharmaceutical products now constitute 70% of the total cargo exports. The share of engineering goods in total import is 50 % while pharma is 30% so far.

As per the National Council of Applied Economic Research (NCAER) Study, the Socio-Economic Impact of Hyderabad Airport has been many folds.

The study forecasts that the airport City’s development activities will contribute INR167,000 crore in income to the national GDP and also contribute 15,837 jobs during the construction phase both directly and indirectly.

The study also forecasts that in 2023-24, Airport City’s Operations will contribute ~ INR 93,000 Crore (direct + indirect -Flow-on impact) in income to the national GDP and will create 56186 jobs.

Since its inception, sustainability is in the DNA of GMR Hyderabad International Airport. Environment sustainability was one of the driving themes in the development of the Hyderabad Airport and it permeates every aspect of airport’s infrastructure and operations to this day. The airport employs a host of environment focused initiatives aimed at optimizing the use of natural resources and practising best waste management procedures. Green Buildings, Clean Energy, Carbon Emissions Control, Recycling, Water Conservation, Rainwater Harvesting, Single-Use Plastic etc. have been some of the themes Hyderabad Airport has been ardently practicing.

GMR Hyderabad International Airport’s Passenger Terminal Building is certified for “Leadership in Energy & Environmental Design” (LEED) “silver rating” by the US Green Building Council (USGBC). In 2015 a 5 MW solar energy power plant was commissioned at Hyderabad International Airport, which led to reducing its thermal electricity consumption. In 2021, the airport crossed another green milestone with the commissioning of its second phase 5 MW solar power plant. With this, GHIAL’s total solar power capacity has now reached 10 MW. This has reduced the dependency for power from the Telangana State Electricity Board by 12 million units per year, thereby saving around INR 90 lakhs per month. With this addition of solar power generation, 50 % of the energy requirements of Hyderabad Airport will be met. There will be a reduction in carbon footprint by about 28 lakh kg carbon dioxide which is equivalent to saving of 1.4 lakh full grown trees.

Almost 40% of daily water usage of the airport is met from recycled water processed by 2 STP (Sewage Treatment Plant) units on campus. Additionally, the airport water usage for at least 100 days can also be met from the rainwater harvested at our reservoir.

The Cloud-Based Central Irrigation Control System enabled the airport to save water up to 35% over the conventional mode of irrigation system.

With the inauguration of the airport in 2008, it ushered in a number of first-of-its-kind technological innovations for the airport sector in the country, including the first ever integrated and centralized Airport Operations Control Center (AOCC) and an array of modern passenger information systems and technological initiatives. Over the years, it has been a pioneer in exploring new technology-driven ways to transform the airport services into a safe and secured contact-less travel experience for passengers. Redefining the customer experience, the airport has successfully converted all the elevators in the airport from traditional push-button controls to a safer touch-less alternative, introduced AI-enabled advanced Queue Management Solutions at various touchpoints of the airport, IOT enabled smart trolleys to name a few.

The Hyderabad International airport can be credited with many firsts in India :

Hyderabad International Airport since inception has won many accolades from across the globe :

This article was provided by a third party. The views expressed in the article do not represent or reflect the views of ACI Asia-Pacific. Inclusion of any link to other external sites does not imply endorsement by ACI Asia-Pacific of those sites and ACI Asia-Pacific shall not be held responsible or liable for any content, advertising, products or other materials on or available from such external resources and sites. 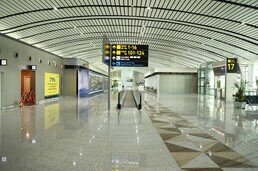 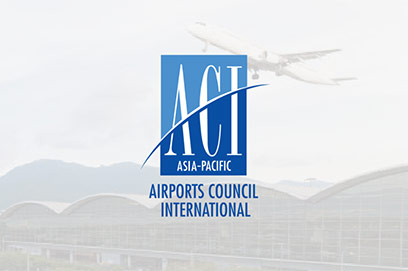