Harris Corporation’s (NYSE:HRS) Airside Monitor airport surface movement monitoring and planning software has been adopted by London Heathrow airport to improve situational awareness and predictability and efficiency for vehicles and equipment operating alongside aircraft. The announcement was made during the ACI Europe and World General Assembly, Congress and Exhibition being held June 18-20 at the SQUARE Brussels Meeting Centre.

In October 2016, NATS, the UK's leading provider of air traffic control services, selected Harris to further optimize the departure flow of aircraft from London Heathrow. Since its implementation, the Airside Monitor software has been in a testing phase supporting Heathrow controllers in tracking aircraft surface movements including alerting and providing updated VTTs to the Departure Sequencer.
“Heathrow is one of the busiest airports in the world and since we began testing Harris’ Airside Monitor, we have seen the benefits of having continuous real-time monitoring which has directly improved the accuracy of aircraft sequencing adding another layer of accuracy to our A- CDM Operations,” said Alison Bates. “Heathrow sees roughly 42 departure aircraft every hour hence it’s imperative that we optimise all parts of the ground operations to ensure safe, efficient and timely operations across the limited operational day. This software is another solid step forward in the Heathrow’ ATM mission to improve service, reduce cost and grow sustainably”.

The Airside Monitor HMI is built with the Harris Orthogon ODS™ Open Platform which is designed to facilitate collaborative design and development of operational ATM display application software. ODS™ Open Platform allows the Airside Monitor HMI to be highly intuitive, configurable and adaptable. Its modular architecture allows easy additions and modifications of functionality to the user interface. 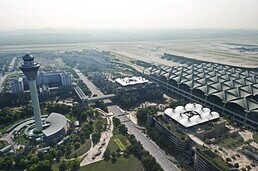