Some of New Zealand’s most well-known brands have joined forces to boost vaccination rates among Aucklanders.

The $200,000 campaign gives anyone getting vaccinated at the airport’s Park & Ride the chance to vote for a South Auckland School to win one of three $20,000 prizes, including $10,000 donation and $10,000 in stationery from Warehouse Stationery. All schools that received votes that weren’t successful will go into a draw to win 1 of 3 new Haier cooking packages (including 3 cooking stations for their school) and a Haier Cooking and Nutrition Programme to support kids learning to cook.

There is also a $10,000 prize ($5,000 from Auckland Airport and $5,000 in Haier appliances) for the best social media content using the #vax4AKL hashtag, with the prize going to the South Auckland charitable trust of the winner’s choosing. More than 70 daily prizes are also on offer to anyone getting vaccinated.

Auckland Airport Chief Executive Adrian Littlewood said the community had stepped up to get behind the three-week campaign, particularly the South Auckland schools who had promoted the vaccination message and attracted thousands of votes towards winning the three $20,000 school prizes.

“Our local neighbourhood has felt the full impact of this pandemic, with a high number of locations of interest in the area, and it’s the same community in which many of our staff live. It’s important we do our bit to support their ongoing health and wellbeing, and that of the wider Auckland community.

“It’s been great to see local schools and community groups sharing the #vax4AKL message so many times on social media since we kicked off the campaign a week ago. It feels like there’s some real momentum from the South Auckland community behind the vaccination rollout.

“I’d also like to thank all the companies that have thrown support behind the Doing it for Each Other campaign. Their help has really brought the campaign to life.”
Mr Littlewood said the campaign is aimed at encouraging under-35s to get fully vaccinated.

“It’s an age group that leads busy lives, built around family, friends, work, or study.  Naturally, that’s going to lead to them having contact with a wide range of people and potentially increase the risk of exposure to the COVID virus.

“They’re also less likely to have a connection into a health provider or to listen to and read any mainstream media. We knew it was going to take a word of mouth through social media and messages from their schools, tertiary providers, churches, sports clubs, or other influences in their lives to get the news out about the importance of vaccinations. Using an incentive campaign was a great way to accelerate the vaccination take-up.” 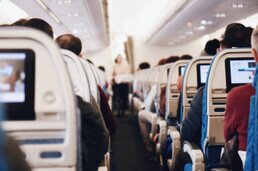 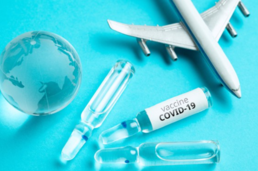