Singapore, 29 March 2022 – The airport and travel retailer member associations in Asia Pacific are urging governments and policymakers to enact a simpler, harmonized approach for travel health checks and regulations to encourage passenger confidence to fly again as borders progressively reopen.

Evidence from Asia Pacific Travel Retail Association (APTRA) and Airports Council International (ACI) Asia-Pacific indicates Asia Pacific's air travel industry is losing its competitiveness and significantly lagging behind other regions. Data from ACI shows that, compared to the projected baseline, passenger traffic in Asia-Pacific reduced -63% in 2021, and is estimated to decrease -49% in 2022. Similar performance is expected to be reported regarding airport revenues, with a loss of US$27 billion forecast in the region in 2022.

The choice of some States, such as Australia, Singapore, Cambodia, Thailand, India, Philippines, Malaysia and Korea to open borders to international passengers who are fully vaccinated without quarantine is in line with the recommendations of the World Health Organization (WHO) and the approach taken by majority of countries in the world.

A survey by ACI Asia-Pacific in March 2022 with airport operators in 11 key aviation markets shows that operational challenges still need to be addressed to improve the passenger experience at airports. The biggest issues reported a lack of internationally aligned digital health checks, predominant reliance on paper documents leading to onerous and time-consuming manual checks, the obligation to be tested before departure and after arrival, extra time required for manual processing of passengers (especially at arrival) and repeated manual document checking (especially at departure).

In a letter addressed to government health, tourism and trade and industry department authorities, APTRA and ACI Asia-Pacific recommend a series of measures to address the issues preventing the recovery of the sector and regional economies as a whole, especially considering the region’s reliance on tourism:

APTRA President Sunil Tuli said: “As more countries in the region open up, we are asking all APAC governments to reduce onerous protocols and requirements that currently vary from country to country and that negatively impact consumer appetite for travel. For us in the travel retail space, our member brands, retailers and food and beverage operators have struggled with the lack of passenger traffic in airports that adversely impacts trade and that, in turn, has a negative impact on airport revenues. Through this campaign, we hope to revitalise the industry in Asia Pacific and make it easier for people to travel and experience the world.”

ACI Asia-Pacific Director General Stefano Baronci said: “Now that States in Asia-Pacific are opening up to international traffic, there is an absolute need to properly assess the impact of health measures on passengers and to avoid excessive equirements. Scientific and consolidated practices at international level provide ample justification for applying simpler measures at all airports, for vaccinated passengers, that would bring the region back to its leading position for air travel and tourism. This requires adopting harmonised and simplified travel protocols and health credentials verification processes, which have become excessively complicated and scarcely predictable”.

APTRA strengthens the knowledge base of the industry by supporting members with meaningful research, knowledge sharing, networking opportunities and advocating for the industry when facing regulatory challenges. Commissioning relevant market research is one of the quality outputs of APTRA, the results of which are disseminated exclusively to members through private seminars, networking workshops and the Association website.

ACI Asia-Pacific, is based in Hong Kong and represents 128 members operating 612 airports in 49 countries/ territories in Asia-Pacific and the Middle-East. As the only global trade association of the world’s airports, ACI represents airports’ interests with governments and international organizations, develops standards, policies and recommended practices for airports, and provides information and training opportunities to raise standards around the world. 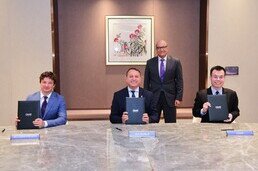 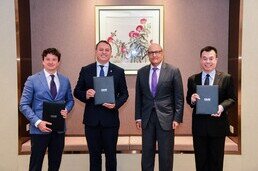 ACI LeadershipAdvocacyEconomicsCommercial and RetailDigital and Technology