The 54th meeting of ACI World Security Standing Committee (WSSC/54) was held in Montréal from 25 - 26 May. The two-day meeting rallied over 20 security professionals from airports, World Business Partners and staff from ACI regional offices. Global security experts from ICAO, IATA and the United Nations Office of Counter-Terrorism (UNOCT) were invited as guest speakers in the respective sessions of the meeting.

In view of the recovery road of Covid-19, a considerable amount of time was spent at the meeting to discuss the foreseeable challenges for airport security operations post pandemic. The committee agreed in unison that one of the most pressing concerns is the shortage of security screeners to cope with the robust return of passenger traffic, resulted mainly from the extensive layoff or furlough of staff during the pandemic in many countries. A number of short-term and long-term mitigation measures were shared among the group, such as improving working conditions for security functions, recruiting new talents, as well as expediting the adoption of technologies to relieve the constraint on manpower.

Despite the pandemic putting the industry into a halt, civil aviation still remains a prime target for terrorists and perpetrators. During the meeting, committee members shared and exchanged best practices for various emerging security threats, including the rising number of drone attacks worldwide. The Secretary took the opportunity to officially launch the newly developed online Counter Drones Knowledge Centre to provide “one stop shop” reference for airports on drone risk mitigation.
Moreover, three new sub-working groups of the World Security Standing Committee (WSSC) were formed with the aims to develop practical solutions or guidance on different issues; the groups’ focuses are addressed below:

In view of the current situation, on behalf of ACI Asia-Pacific, Mr. Gary Leung - Manager of Security and Facilitation of ACI Asia-Pacific, delivered a presentation on One-stop Security (OSS), a topic that has been of interest to many airport hubs, especially those in the Asia-Pacific region. The committee acknowledged the progress over the past few years on OSS, and agreed that ACI should continue to advocate OSS across the world, in a wider adoption.

The next World Security Standing Committee Meeting will be held in October or November this year. The exact date and location are to be confirmed. 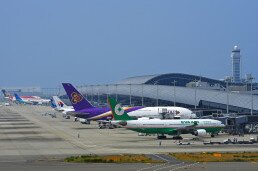 Emergency Drill to be Held at KIX Aircraft Fueling Facilities 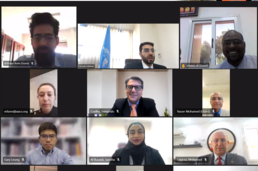