Perth Airport has achieved a 98 per cent overall score on the annual GRESB analysis.

GRESB is an international process that rates the environmental, social and governance performance of major infrastructure assets.

Perth Airport CEO Kevin Brown said that the 98 per cent score was an outstanding improvement over the 76 per cent score achieved when the airport was first benchmarked in 2018.

“Since first participating in the analysis, the Perth Airport board committed to a new Environment, Social, People and Governance (ESPG) Strategy which set ambitious targets for the Perth Airport team, including a commitment to expand renewable energy to make the airport’s scope 1 and 2 emissions carbon neutral by 2030.

“This year’s GRESB result confirms that we are heading in the right direction.

“We will continue to build on this foundation and move forward by challenging our team to drive further improvements in all areas of our operations.

This result has placed Perth Airport at No. 6 in the rankings of more than 500 companies around the world.

“We were also the No. 1 ranked participating airport and have been awarded “Sector Leader Status” by GRESB.

“This was a true Team performance as the GRESB nomination draws data from across 18 different categories.

“We have now set the benchmark and have the motivation and commitment to continue to live up to this standard and continue to perform strongly in the internationally recognised GRESB accreditation,” said Mr Brown. 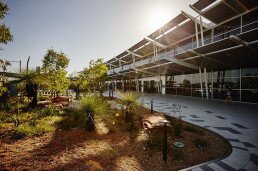 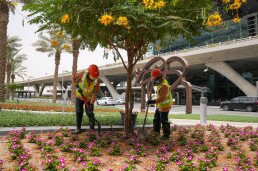