RAFIT’s main role is to provide technical advice and solutions for the implementation of the work programme developed by the ICAO Middle East regional highest decision-making body in the area security and facilitation, named the Regional Aviation Security and Facilitation Group (RASFG).

Recently, the third meeting of RAFIT was held on 16-17 March 2022 with participation of over 35 representatives from States in the Middle East and other industry associations, including IATA and AACO and ACI Asia-Pacific.

Apart from following up on the tasks and deliverables set out in the Middle East Regional Security and Facilitation Roadmap, meeting participants also shared the various COVID-induced challenges to aviation security. As the vice-chair of the group, Mr. Leung was invited to present on the foreseeable challenges for airport security operations in the recovery of international air travel, including:

These foreseeable challenges were insights drawn from airport members from the region based on their actual operational experience.

Besides, given the rising importance of cybersecurity in recent years, members of the group agreed to set up a task force to devise practical strategies and actions to help States enhance cybersecurity. ACI Asia-Pacific will take part in this task force and ensure airports’ interests are duly reflected. 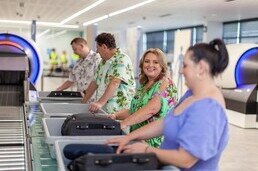 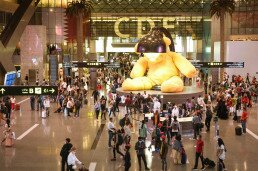