QAL Takes off with Busiest Month Ever

Queensland Airports Limited (QAL) has recorded its busiest month ever thanks to growth at each of its four airports in January.

QAL group airports on the Gold Coast and in Townsville, Mount Isa and Longreach collectively facilitated 794,433 passengers in January, outstripping the previous record of 768,719 which was only set in December last year.

A summary of January results is provided in the table below:

“Gold Coast Airport recorded its busiest day in history on 7 January, with close to 25,000 passengers moving through the terminal,” said Mr Mills.

“More than 650,000 passengers also made it the airport’s biggest month on record.

“Both December and January were extremely busy for passenger movements at Gold Coast Airport, which shows we are ready to handle similar peaks associated with the upcoming Commonwealth Games.”

Townsville Airport had its fourth consecutive month of growth and busiest January on record.

“It is positive to see strength in both leisure and business visitation as Townsville’s growth story continues to unfold,” he said.

“The numbers from Townsville have again highlighted the importance of planned upgrades at the airport.

“These works are critical to our ability to facilitate long-term passenger growth and we are confident of the benefits they will deliver the local community and economy.”

“While passenger numbers are below the highs of 2012, it is positive to see consistent growth for the airport which is occurring in step with general improvement in confidence and increase in resources activity in the region,” he said. 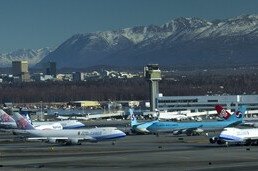