Instituted in the year 2011, the Roll of Excellence recognises airports, which in the opinion of the passengers, have demonstrated strong commitment towards service quality. Since 2011, 58 airports have been inducted.

In a letter to Mr. Hari Marar, MD & CEO, Bangalore International Airport Limited (BIAL), Luis Felipe de Oliveira, Director General, ACI World wrote: "I am delighted to announce that Kempegowda International Airport [Bengaluru] has been chosen by its passengers to join the Airports Council International (ACI) Director General’s Roll of Excellence. I am confident that you will continue to be a role model for airport service quality excellence and work with us to raise the bar in service standards and best practices within the industry.”

“BLR Airport is honored to be inducted into the ACI Director General's Roll of Excellence. I thank our passengers for the trust and confidence that they’ve in BLR Airport. I would like to dedicate this recognition to the BLR Airport community, who came together to ensure seamless operations during these challenging times,” said Mr. Hari Marar, MD & CEO, BIAL.

BLR Airport has won multiple ACI Airport Service Quality awards over a five-year period during the past 10 years, and is one of only six airports worldwide that will receive the recognition this year.

This recognition is an outcome of the tremendous efforts and commitment from the entire BLR Airport community. Passengers have widely acknowledged the services and have consistently voted for BLR Airport, powering it to win four consecutive ACI ASQ Awards (2017, 2018, 2019 and 2020). 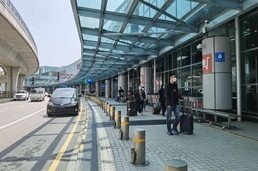 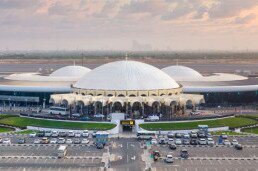