Airport Authority Hong Kong (AAHK) today announced the traffic figures of Hong Kong International Airport (HKIA) for April 2022. During the month, HKIA handled 126,000 passengers, representing a year-on-year increase of 109.4%, although passenger volume remained significantly lower than the pre-pandemic levels in 2019. Cargo throughput and flight movements recorded 375,000 tonnes and 10,320, respectively, representing decreases of 2.8% and 0.6% compared to the same month in 2021.

The HKSAR Government lifted restrictions on arrival flights from nine countries on 1 April. A total of 1,185 flights carrying passengers operated at HKIA in April, while 1,050 flights was recorded in March. During the month, passenger traffic to and from Southeast Asia experienced the most significant increases.

The decline in cargo throughput was mainly attributed to 6% year-on-year decreases in both imports and exports, due to insufficient cargo capacity. The overall cargo to and from Europe experienced the most significant decreases during the month.

Ricky Leung, Executive Director, Engineering & Technology of AAHK, said, “It is an honour to receive these prestigious awards, which recognise our dedicated efforts in applying innovative technologies to enhance HKIA’s carbon efficiency. The success of Weather FACTS and BESS demonstrates our leading position among Asia-Pacific airports in delivering exemplary environmental management performance. We will continue to work closely with our business partners to adopt energy efficiency strategies and measures as part of our commitments to achieve sustainable airport operation.” 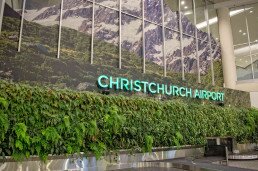 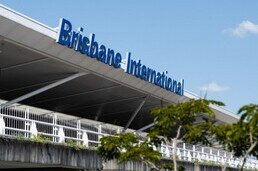