This is a major step by the airport toward achieving the ambitious goal of becoming a Net Zero Carbon Emission Airport by 2030.

Approximately 6% of the airport’s electricity requirement is met from the onsite solar power plants. These plants are on the airside and on the roofs of the Cargo terminals of the Indira Gandhi International (IGI) Airport.

Starting June 1, 2022, Delhi Airport has adopted renewable energy use from the hydropower plant for its demand of the remaining 94%, thus ending its dependency on non-renewable power. This move will help Delhi Airport in the reduction of indirect energy emissions whopping 200,000 tonnes of CO2 every year.

For this, Delhi International Airport Limited (DIAL), a GMR Infrastructure Limited (GIL)-led consortium, which manages and operates the Delhi Airport, has signed a long-term power purchase agreement (PPA) with a Himachal Pradesh-based hydropower producing company for the supply of hydroelectricity for the airport until 2036.

Besides, DIAL has a 7.84 MW solar power plant on the airside, whereas as part of stakeholder collaboration, operators of the Cargo terminals at Delhi Airport have added another 5.3 MW rooftop solar power plant.

“DIAL has been working relentlessly towards environmental sustainability and has set its target to make Delhi Airport a Net Zero Carbon Emission airport by 2030, way ahead of the global target of 2050. To achieve this, DIAL has adopted a Green Transportation program recently and now we achieved another milestone of the Green Energy Program for IGIA. Delhi Airport has been using solar power for a long time and it is now fulfilling its major electricity needs from a hydropower plant. Running Delhi Airport completely on renewable sources of energy is indeed a major milestone achieved by DIAL. This initiative has further consolidated DIAL’s positioning as one of the greenest airports globally,” said CEO-DIAL Mr. Videh Kumar Jaipuriar.

DIAL is committed to climate action, and has introduced several measures for environmental sustainability. In 2020, Delhi Airport became the first Airport in the Asia-Pacific region to achieve “Level 4+” under ACI’s Airport Carbon Accreditation program. This indicates that apart from being a carbon-neutral airport and Delhi Airport has adopted long-term absolute emission reduction goals in line with the UN’s Intergovernmental Panel on Climate Change (IPCC) 1.5-degree scenario.

As part of environmental sustainability initiatives, DIAL has introduced TaxiBots at the IGI Airport in 2019. The use of Taxibots by airlines has helped reduce the consumption of fuel by an aircraft during taxiing, and correspondingly reduction of carbon emissions.

As a part of the Green Transportation Program, DIAL has initiated the adoption of the electric vehicle and, phase out all the diesel- and petrol-run in a phased manner. In the first phase, DIAL will procure 62 EVs that would join the fleet in 3 to 4 months.

Ensuring sustainable development through environmental protection is one of the key focus areas of DIAL. We have mapped all our activities and taken adequate measures to eliminate or reduce environmental impacts by having Environment Management System, which is certified with ISO 14001:2015 certifications.

DIAL has also adopted the initiative to become a “single-use plastic-free airport”, and got certified by a third-party agency.

DIAL is working very closely with all our stakeholders to improve their environmental performance as well. DIAL has also rolled out various employee engagement initiatives wherein employees can participate and contribute toward environmental wellbeing. The objective is to take measures that go beyond compliance requirements, adopt a collaborative approach along with our stakeholders and become a sustainable aviation hub. 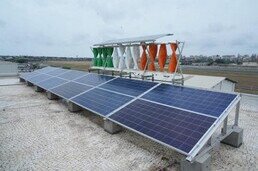 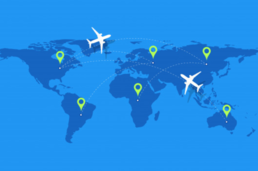