Officially opened on 20 February 1948 as Williamtown Civilian Airport, the first commercial flight to land, with clearance from the Commonwealth Government and with RAAF approval, was a Trans Australian Airline flight using a DC-3 aircraft. The Sydney-Williamtown-Brisbane service carried 18 passengers.

Newcastle Airport CEO, Peter Cock, said the anniversary was a significant milestone in the Hunter’s history, and one that is celebrated with a clear vision for the future.

“From humble beginnings, affectionately known as the ‘tin shed’, to the world-class and international-ready facility it is today, Newcastle Airport is continually looking forward to ensure it delivers the airport the region deserves”, commented Peter.

In its anniversary year, Newcastle Airport will release its Master Plan which provides a 60 year-vision, including a 20-year blueprint for growth, projections and business development.

Since the inaugural flight 70 years ago, Newcastle Airport has continued to experience extraordinary growth and prosperity, to the benefit of the local region. As the gateway to Australia’s largest regional economy, the Airport is a major economic driver contributing more than $1.1 billion to the state’s economy each year and supporting over 3,300 jobs.

“As a significant transport hub, Newcastle Airport is a critical enabler to the region’s economic and social infrastructure. It is imperative that we have the plans in place to meet the needs of the region to allow it to grow and flourish. Our Master Plan, developed in consultation with key regional stakeholders and community, provides a plan to deliver this well into the next 70 years. We’re looking forward to the future of our region and the part the airport can play”, Peter added.

The Newcastle Airport Master Plan will be launched at a date soon to be announced. 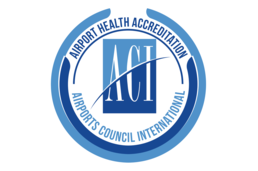