Being a small team this was a big challenge to take on, but one we felt passionate about. Gaining the certification sets the bar high and really shows the continued efforts the Airport is making to reduce our emissions.  This is only the start of our journey with our end goal being to achieve Level 4+ accreditation which will demonstrate the Airport’s commitment to reducing absolute emissions, said Jacqui Brown Marketing and Communications Coordinator – New Plymouth Airport.

New Plymouth Airport opted to go straight for Reduction, level 2 certification, as the new terminal building, finished in March 2020, provided a significant improvement in energy efficiency compared to the old terminal building.  This year will see continued efforts along with new plans to start the Optimisation stage as we look to focus on Level 3.

“As one of the newer members who only joined ACI Asia-Pacific in 2021, we could not be prouder of New Plymouth Airport’s efforts in the journey to reducing carbon emissions. Their achievement of attaining accreditation directly at Level 2 demonstrates deep commitment and leadership in our region on this endeavour,” said Stefano Baronci, Director General of ACI Asia-Pacific.

Reducing emissions at the Airport was a big part of the overall new terminal design, now they will start to look at scope 3 emissions, or third-party emissions, as well as continuing to reduce scope 1 and 2.  The end goal for the Airport is to become carbon neutral. 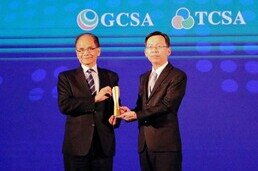